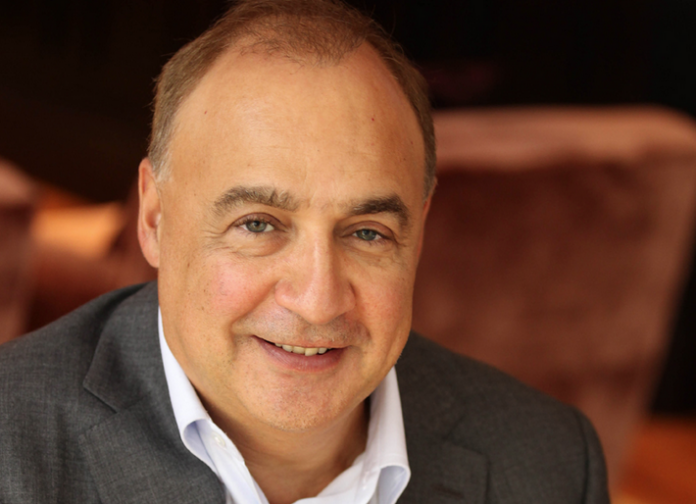 They covered a quarter (July-September 2021) that arrived a full 10 years after Len Blavatnik’s Access Industries acquired the major music company for $3.3 billion (in July 2011).

Comparing Warner then to Warner now is a fun exercise: for example, at $5.30 billion, 2021’s FY revenues at WMG (across all divisions) were nearly double the size of 2011’s equivalent FY number ($2.87 billion).

But it’s the valuation growth at Warner that is the most astonishing narrative since back then.

At the close of last week, WMG’s enterprise value stood at $27.81 billion, according to Ycharts data.

That’s nearly nine times bigger than the $3.3 billion Blavatnik paid for the music company a decade ago.

Even taking into account the hundreds of millions of dollars Warner spent to acquire Parlophone in 2013, it’s a stunning increase.

Now, in the wake of Warner’s latest quarter results, one major Wall Street analyst is suggesting it might be a bit too much of a stunning increase.

Bank Of America (Bofa) has today (November 16) cut Warner’s rating not once but twice, from ‘Buy’ to ‘Underperform’.

Bofa analyst Jessica Reif Cohen has lowered her price target for the company to $42, which is less even than WMG’s current stock price of $43.64.

Reif Cohen argues that Warner’s share price has bounced up off a number of key events this year – including Spotify raising prices in certain markets, and the growth of ‘alternative’ revenue streams for WMG such as Peloton and Roblox.

There may not be as many “near-term catalysts” for Warner’s price to keep on bouncing up in the future, suggests Reif Cohen.

Her main reason for pessimism, however, is the degree to which Warner’s share price has already rocketed since Universal Music Group floated on the Amsterdam stock exchange in September.

As we covered on MBW the other week, Warner’s enterprise value shot up by more than $4 billion in a single month following Universal’s listing. That increase was thanks to UMG’s $50 billion-plus public market cap in Amsterdam… and the obvious similarities between the two companies.

According to Seeking Alpha, Reif Cohen’s note further suggests that Warner may face headwinds from tough comps for ad-supported streaming. Plus, she says, 2021 may bring a shift in revenue mix for WMG towards lower-margin income sources that were suppressed during 2020 lockdowns (particularly physical music sales).

She also suggests that Warner may have to make investments over the coming year (e.g. in A&R and catalog acquisitions) that will significantly reduce the firm’s free cash flow.

Reif Cohen / Bofa’s rating cut on WMG is in contrast to other leading analysts such as Guggenheim’s Michael Morris, RBC Capital’s Kutgun Maral, and Morgan Stanley’s Ben Swinburne, all of whom have retained a ‘Buy’ rating on Warner stock this week.

Jessica Reif Cohen has form being bearish on the music rights business: Back in 2007, a year before Spotify’s launch in Europe, Reif Cohen – then a Merrill Lynch analyst – teamed with now Barclays-analyst Julien Roch to write an influential research paper that the Hollywood Reporter summed up as being “a sour note for the music biz”.

At the time, Reif Cohen said she didn’t consider Warner Music Group’s valuation “to be attractive at these levels and continue to prefer entertainment names with a clearer growth outlook and/or company specific catalysts”.

The news of Bofa’s rating cut helped to send Warner Music Group’s share price down by 3.77% on the New York Stock Exchange during trading today.

That drop followed another day of declines yesterday (November 15), as the markets punished WMG for failing to hit analyst earnings expectations in its fiscal Q4 results.

Warner’s stock closed down 6.2% yesterday as a result, meaning that in the past 48 hours, Warner has seen its share price – and its company valuation fall by 9.7% in total.

That 9.7% decline has wiped around $2.5 billion off Warner’s enterprise value, a figure which stood at $27.81 billion on Friday (November 12) evening.

Still, Warner’s EV remains north of $25 billion this evening… and is currently worth about eight times what Len Blavatnik paid for the company a decade ago.Music Business Worldwide

5 must-have features for your packing machine

What is China Sourcing Hub?

ABOUT US
We brings to you the latest and most popular news related to every kind of shopping. Our platform contains news related to Shopping.
© Copyright 2021. All Right Reserved.